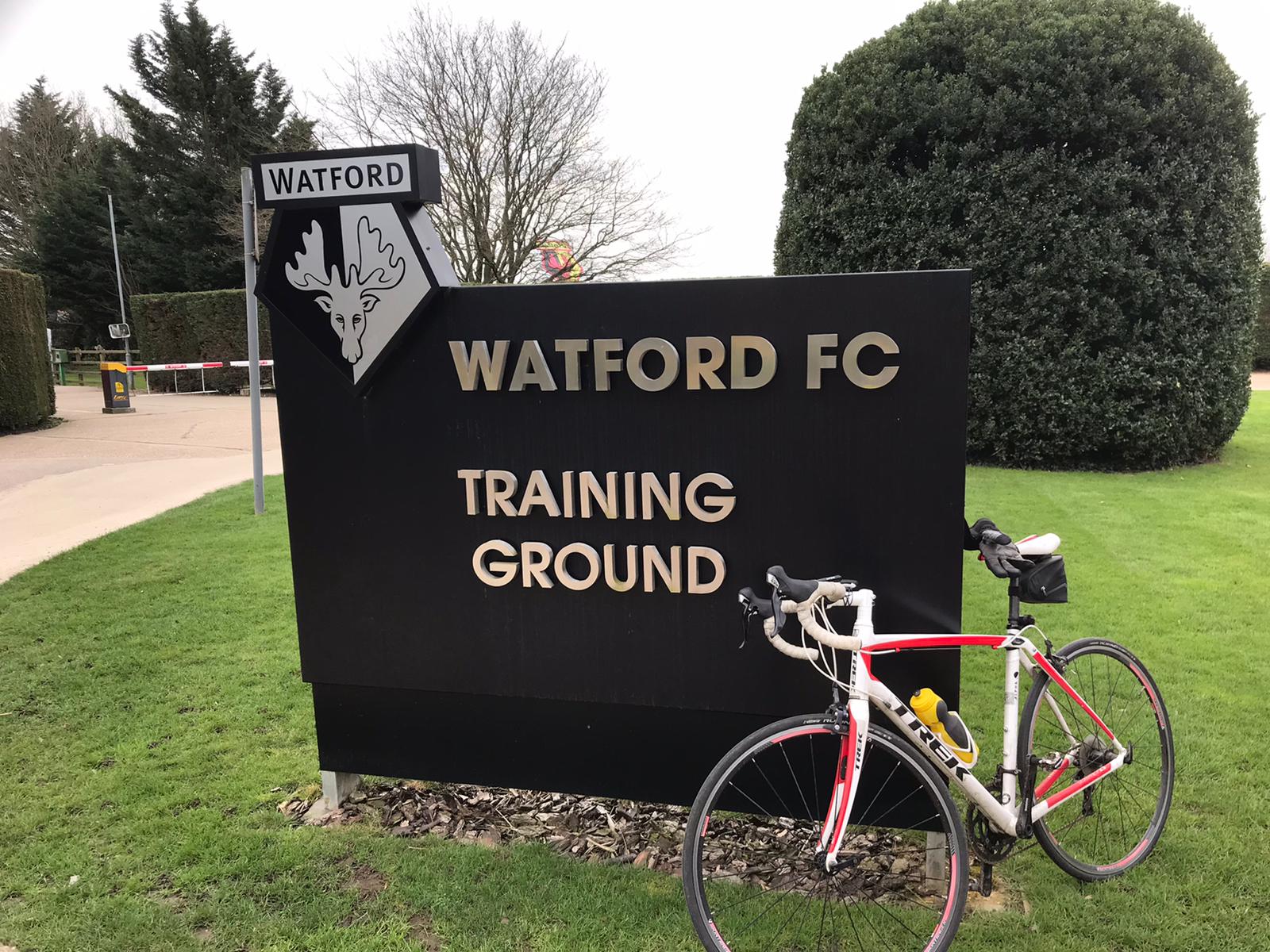 We're proud to have supported Watford FC in Race Europe, which saw 14 football clubs from in and around London race against each other to be the fastest to cover the 6,720 miles that separate all of the Euro 2021 host cities.

The Watford FC squad – made up of 23 players, ex-players, Trustees, volunteers and supporters – included goalkeeper Ben Foster as captain, and Golden Girls Megan Chandler and Emma Beckett from Watford FC Women. The team walked, ran and cycled their way up to third place, covering the incredible 6,720 miles in just 18 days!

So far, they have raised a whopping £7,846 for Watford FC’s Community Sports and Education Trust and we are so proud to have been able to support them with a donation from Watford Community Housing. Watford FC CSE Trust is an independent charity that aims to make a positive difference for all through sport and learning.

Even though the challenge finished on the 18th March, you can still donate until the 30th April – so let’s keep up the support! You can donate on their JustGiving page here: www.justgiving.com/campaign/RaceEurope