Meriden regeneration: update on the Post Office and other retailers 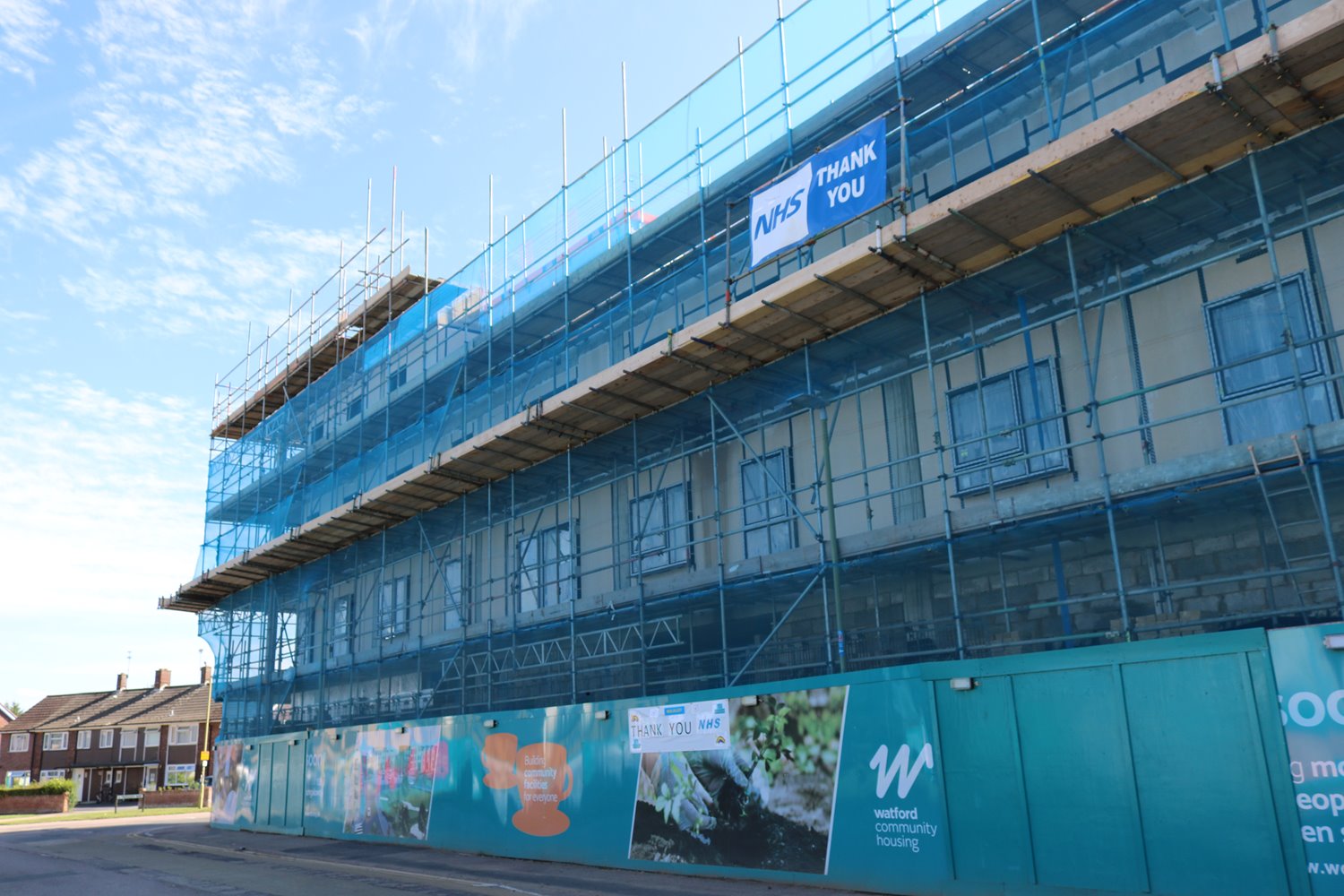 We are pleased to confirm that an agreement has been reached to ensure the provision of an interim Post Office service at the Meriden Community Centre.

Currently based in the existing shopping parade on The Gossamers, the Post Office is due to close on 30th April 2021 ahead of a move to its new site as part of the Meriden regeneration scheme. This agreement will allow the Post Office to provide a service for local residents while it finalises its arrangements to take occupation of the new permanent site.

The Post Office is working to set up the interim service at the Meriden Community Centre within the next month, and this will remain available until the store in the new parade opens.

The opening of the new parade

Watford Community Housing has been working with the retailers based at The Gossamers for over 18 months to facilitate moves to the new site, which is being delivered as part of the Meriden regeneration scheme. The shell and core of each of the shops in the new parade is now ready for occupation in line with the original agreement with these retailers, and we recently confirmed that the new Co-Op will open on Friday 7th May.

Unfortunately, owing to delays in the provision of information about their basic requirements and the execution of necessary legal arrangements, along with additional requests made by some of the retailers, it will not be possible for them to move over to the new site immediately. While this is the responsibility of the retailers, we are continuing to work closely with them to support them in moving to the new site as soon as possible.

As part of this, Watford Community Housing has committed additional funding, over and above our original offer to retailers, to assist them with the process of preparing the new sites for use and to meet the extra requests made by the retailers and residents’ groups. This includes employing numerous commercial consultants and other advisors at our expense to provide individual support to each of these businesses.

Ruchell Peng, Watford Community Housing’s Senior Project Manager for the Meriden development, said: “We are pleased to have reached an agreement with the Post Office and the Meriden Community Centre to ensure that an interim service can be offered while they continue to make arrangements to move to their new home. We are continuing to do all we can to support all the retailers at The Gossamers with their move to the new parade, including providing significant additional funding.

“We know that the Post Office is an important community facility, so we were determined to find a solution for local residents. I am grateful to everyone involved in making this possible, particularly Councillor Amanda Grimston.”