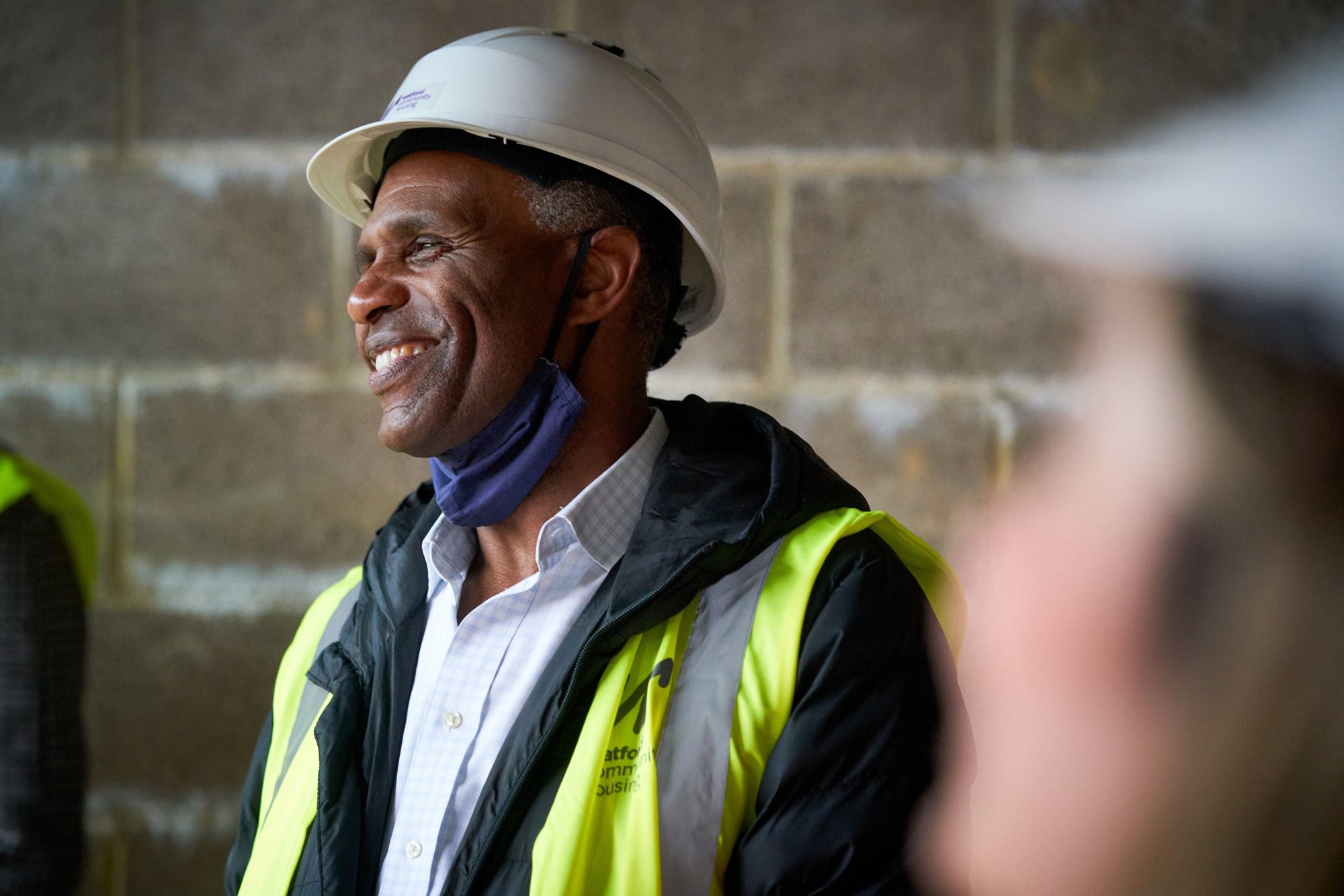 In response to the growing need for quality, affordable housing, we’re working closely with Watford Borough Council to deliver a £15.2m programme of 56 new homes for social rent, helping to address the shortage of affordable housing in Watford and improve social inclusion.

The development, construction of which is being overseen by Jarvis, will also include a community hub, to be used as a space for local charity events and ongoing resident support.

After a recent tour of the site, which is scheduled for completion in early 2022, Mr Blissett sat down with us and told us a bit about why social housing is so important to him.

Q: Could you tell us a little about your experience with social housing?

A: I came to England from Jamaica in 1964/65 and we lived in social housing for many years. My mum worked three jobs and my dad was a carpenter, and with seven children money could be tight. At the time, we couldn’t even think about buying, and affordable social housing gave us this amazing stability. It’s that stability that is vital to families and particularly to young people growing up in the UK.

I feel incredibly fortunate with where I grew up, living where I did there was a palpable sense of community, everyone got on and looked out for each other. I don’t think you can ask for anything better for young people than that togetherness and team spirit.

Q: Why have you decided to put your name to this social housing development?

A: I’m proud and I’m in awe to be given the opportunity to put my name to this. Obviously, it’s important to me because of where I grew up, and how I was raised by my parents, but I also want to credit Graham Taylor’s influence too.

Graham reminded me, John Barnes, that entire team, of how privileged we were to be playing top-flight football for Watford at that time. He never let us forget that it was the community around us that was paying our wages and how it was crucial that we give back to a community that supported us so passionately.

We’ve actually just started the Former Players Club, to continue our community work in Graham’s name, so there’s more of that on the horizon.

Q: Why do you think social housing is so important to the future of UK communities?

A: When I was growing up in social housing, it was almost like a school uniform. No one was looking at what other people had and thinking of themselves, we all just looked after each other and that created a strong, caring community. That’s why I’m so happy to see that Luther Blissett House will have a dedicated community hub – it will be brilliant for the residents to have that shared space to put on community events, fundraising initiatives, and sports clubs.

On a wider note, it’s near impossible for regular people in the UK to get on the property ladder and buy at the moment. Privately renting can be ridiculously expensive too and there has to be this option of affordable housing for those who don’t have the financial capacity to keep up with massive market rates. I also think for private landlords that are renting out multiple properties there should be some form of quota at an affordable rent level, but that’s another conversation for another time…

*DL refers to the title of Deputy Lieutenant, a Crown appointment awarded by the Lord Lieutenant of a ceremonial county. 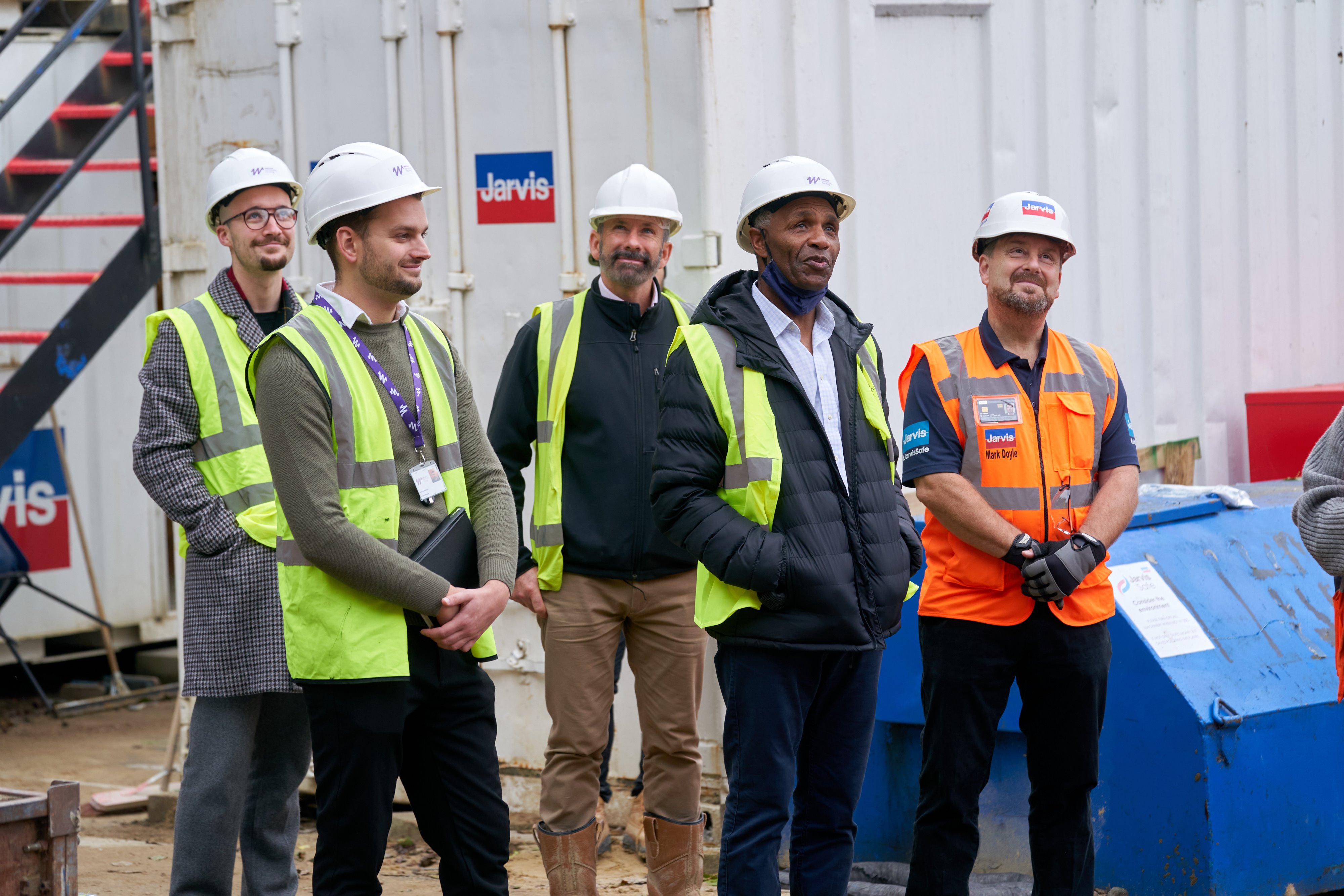 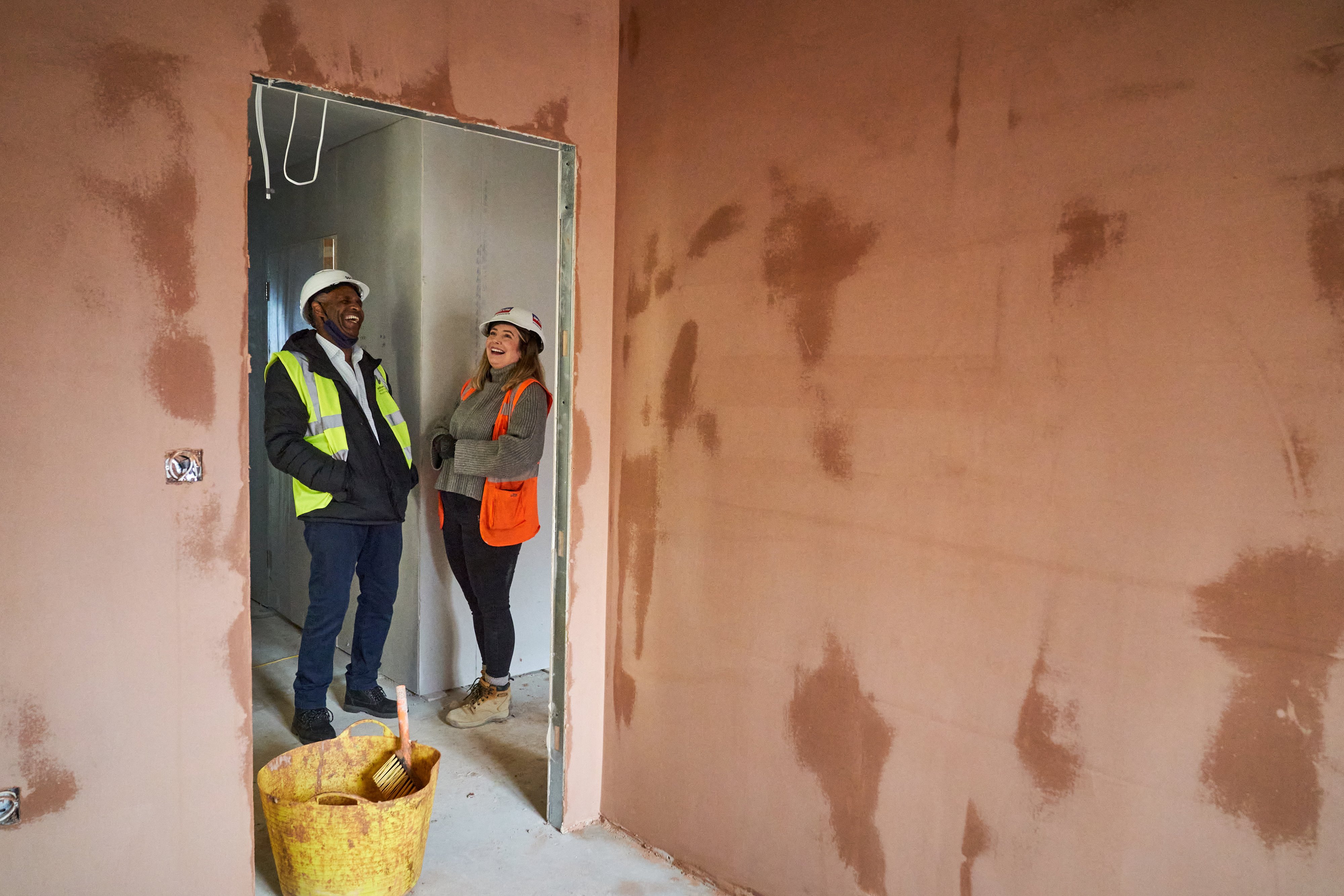 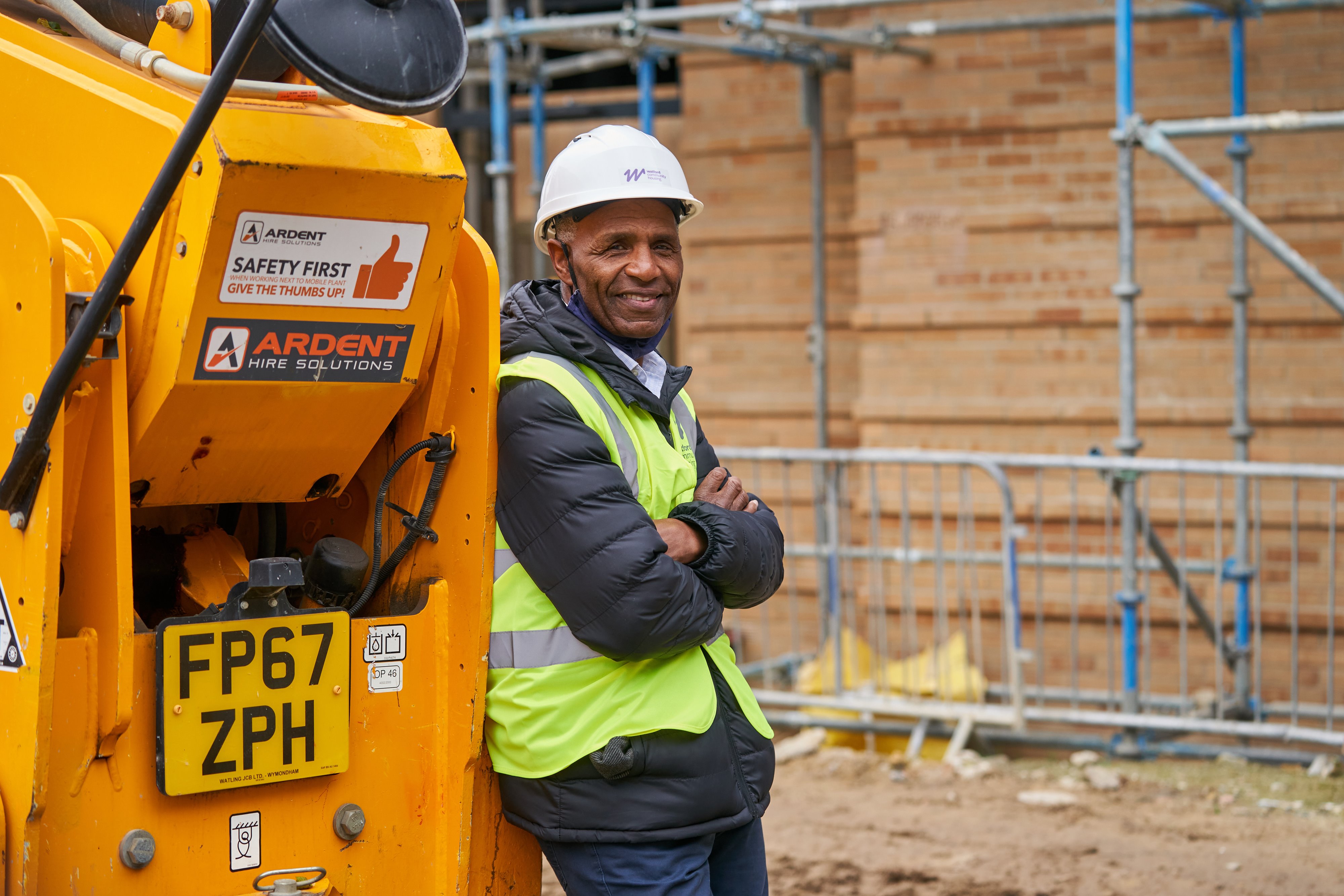 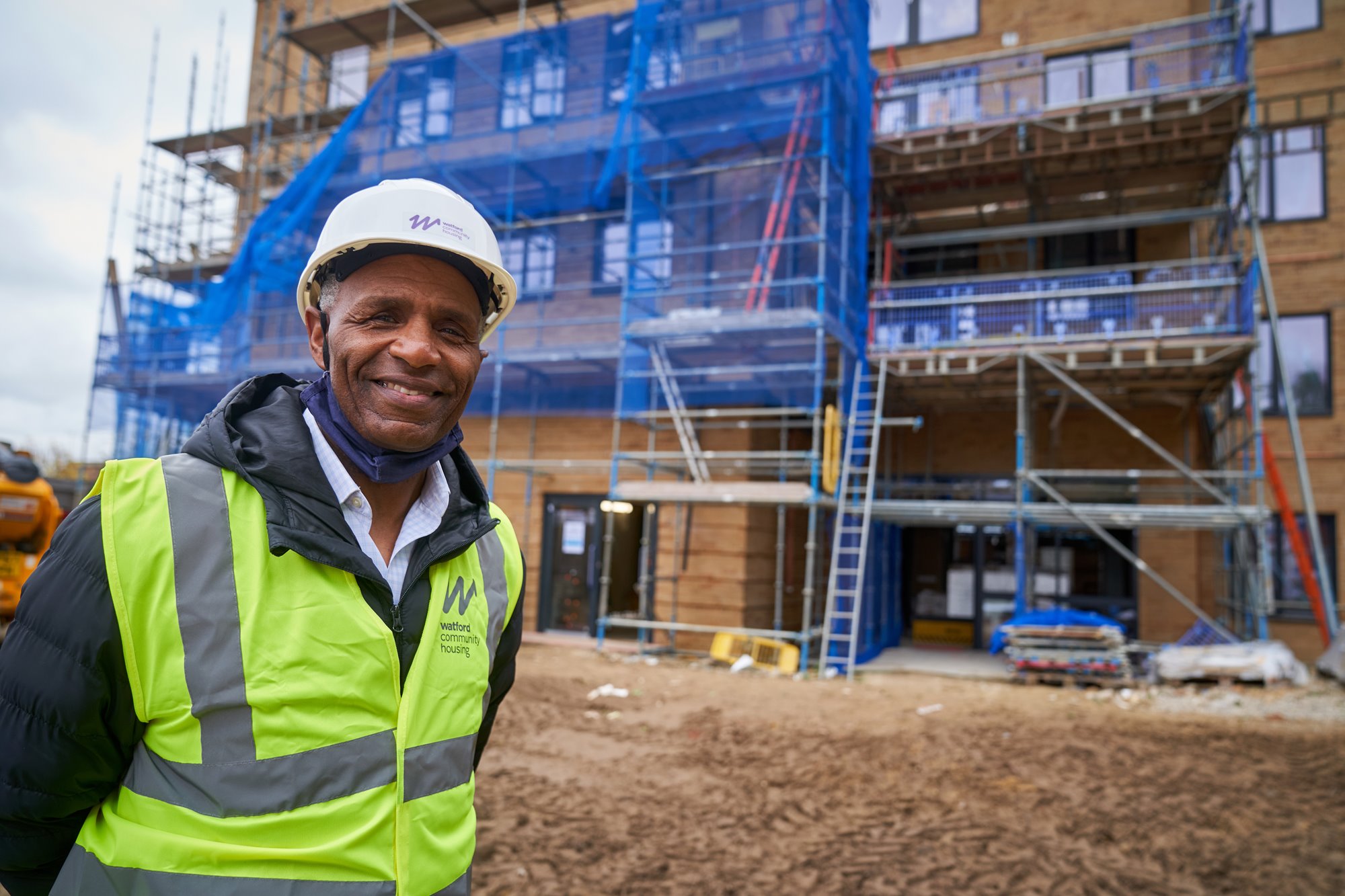 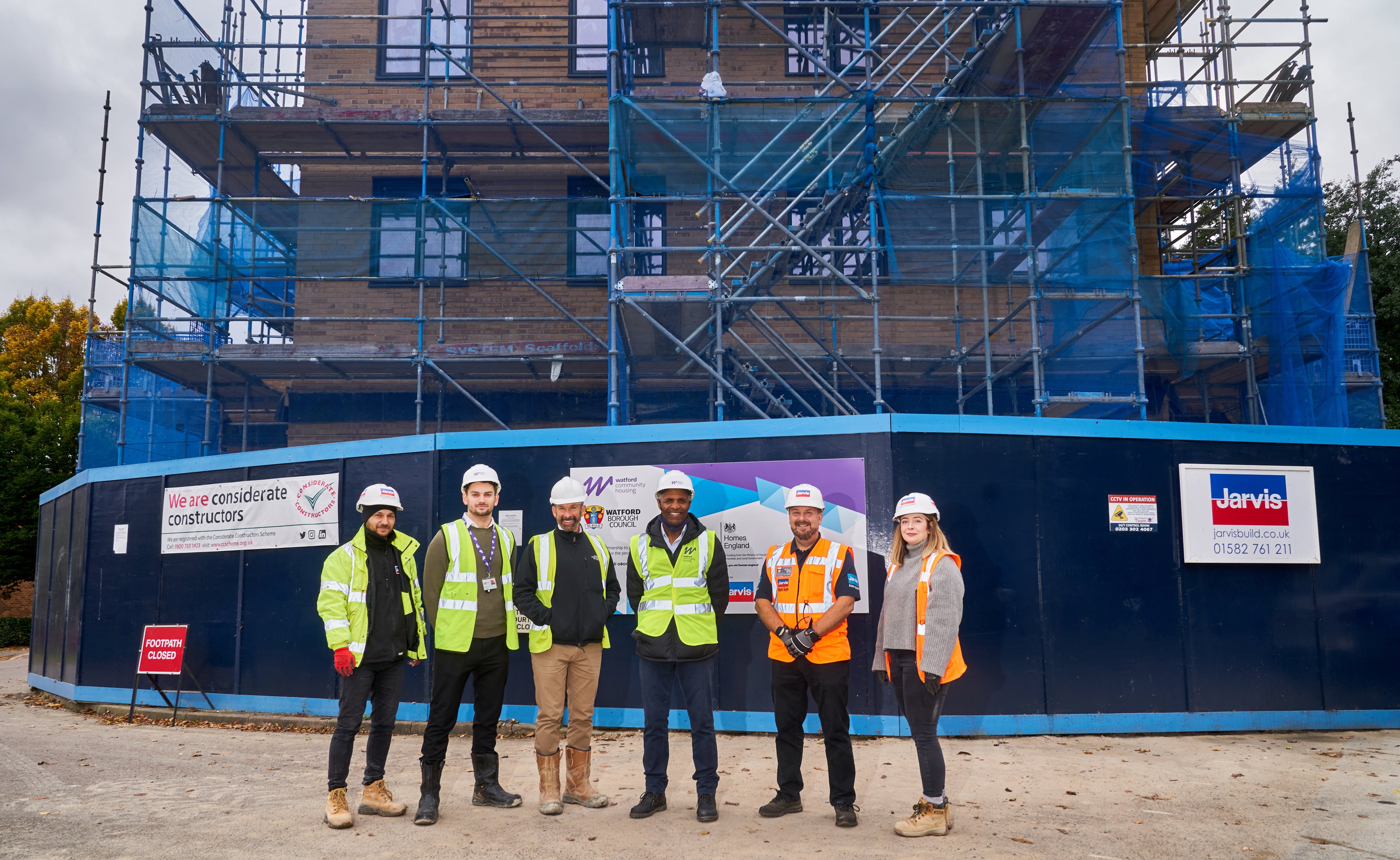